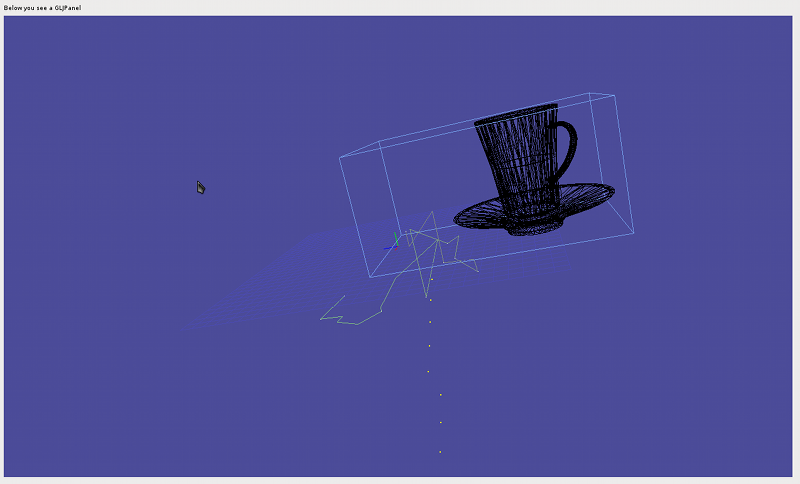 In the vacation time, I have decided to write a physics engine of my own from scratch as a hobby project. It would be a good brain workout after regular work. At the end I would learn a few things.

I have already developed a collision detection and physics engine for mobiles in java before… it was mostly linear physics. Primarily I would like to aim at creating a good particle physics engine at first. This would allow me to simulate a few things on 3D models like fluid flow around the objects etc…

First thing I tried to develop is a framework to experiment in… yes a 3D viewer. The viewport is 80% complete I have yet to add elegant navigation code. Screenshot is attached, doesn’t look pretty now hopefully it will later. Next would be to write a collision detection engine with basic ray intersection tests it’s not as difficult as it sounds.

Aim is to develop this in java so that parts of it can also be available online. Also it has been a long break of around 3 years from Java so it will be good to learn the new stuff I’ve missed. This application would have a JRuby interpreter which would allow me flexibility to write small scripts at runtime.